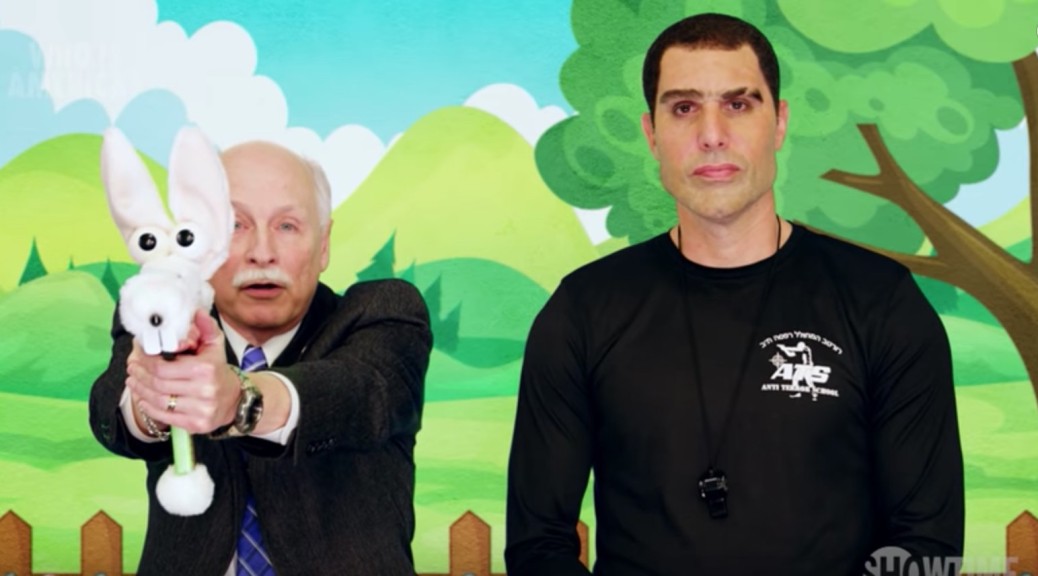 So far, on Who Is America?, Sacha Baron Cohen has convinced a member of the Georgia House of Representatives to pull down his pants and try to touch people with his butt, yelling, “I’ll make you a homosexual!” and “USA! USA!”

He’s gotten a reality show star to say she saved 6,000 people in Africa from a violent warlord. And he’s even managed to convince a former senator to make a full video teaching three-year-olds how to fire a gun, complete with a musical number that teaches kids: “Aim at the head, shoulders, not the toes, not the toes.”

It’s baffling trying to imagine how anyone could be duped into doing such obviously humiliating things on TV, but there are some very real psychological reasons that people fall for Baron Cohen’s jokes. Behind the scenes, he’s using well-established psychological tricks to manipulate his guests—and they might be harder to resist than you’d like to think.